Home » Five devices that spy on us
KnowHowTechnology

Five devices that spy on us

Televisions: Most televisions on the market today are more than just a screen – they often come with cameras and microphones too, so that users can make video calls through them. It is important to remember that these devices can see and hear everything in the room, so even a seemingly innocent object can be used to attack our home. The best way to avoid these risks is to disable apps that have been granted access and can act as a spy device.

Computers: Desktop and laptop computers store an infinite amount of data. And, said data can be accessed by cybercriminals. Taking the time to install software that can regularly check for updates on your computer and analyze all files to detect security breaches is very important.

Mobile phones: With so many features in phones these days, it’s important to only download apps from trusted sources and to read over the permissions you’re giving them. Having security tools like Sandblast Mobile, a mobile device protection solution and VPN, can help secure devices from advanced mobile attacks.

Children’s games: A lot of toys out there today include technology, such as drones and robots, that can all connect to the internet. Some countries like France even have bans on some toys being sold because they believe this technology is exploited.

Home appliances: Many smart devices can work for you even when you’re not at home. In 2019, a famous and successful kitchen robot was sold to a major supermarket chain but it was found to have a built-in microphone that records conversations. It’s not the only one out there though! If you value your privacy and security, this could be a very good gadget for you. It is able to track and record as it moves around which may be valuable to some people, maybe even cyber criminals. 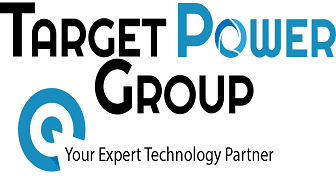